Mason was our first everything dog.  Our first to win his class at the National over 50 puppies.  Our first Group winner.  Our first Best in Specialty show winning dog.  Mason was a very special dog.  Not only was he beautiful but very intellegent.  Mason has passed away but his frozen semen is available on a limited basis to aprroved bitches. 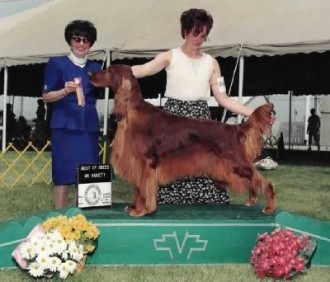 Brody was my heart dog.  He finished his championship young and then went on to try agility.  He earned his Novice Agility title in 4 shows.  He always wanted to please you and had a big heart as well.  There was not a dog or person he met he did not like.  He was a wonderful example of the breed and I was very blessed to have had him my life.  Brody passed away at 14 years old.  His frozen semen is available to approved bitches

Brody is forever missed but not forgotten. 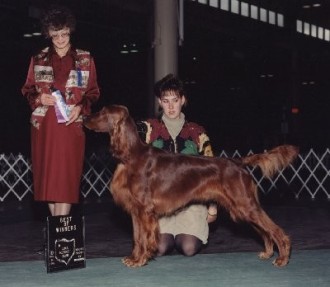 Parker was my first bred by champion.  A brother to Brody, he too had a heart of gold and loved every person and dog he met.  After Parker finished his championship, Karen Booth, who owned his father was looking to own Parker.  Parker lived with the Booth family till his passing.  Parker has frozen semen available to approved bitches. 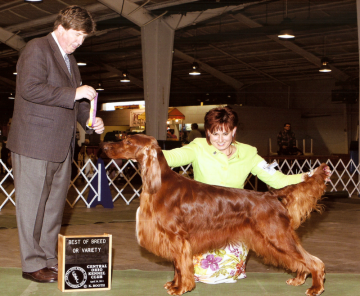 Edward to this date is our youngest to finish his championship.  At just 13 1/2 months with limited showing.  Edward took time to grow up and came back out to go for his Grand Championship.  More than half way there he has been enjoying his time away from the ring as a couch potatoe and enteraining the girls.  Edward has produced 7 litters to date.  He is, can and does produce his big angeled front with a rock hard topline.  He also produced his big sweeping movement.

Edward has frozen available.  We are being very selective on who gets to use his frozen as we don't have a lot on him.

Edward was helped over the rainbow bridge  just shy of 14 yrs old.  Due to old age. 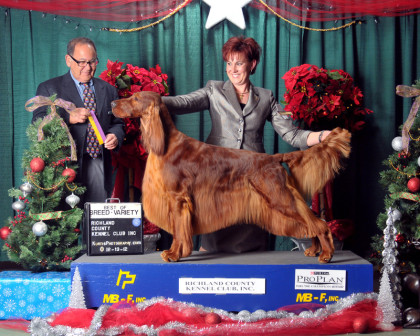 Mario finished from the bred by class at 19 months.  His big personality is a great plus.  He was shown and earned his Grand Championship in 3 weekends.  He has not been used to date but hope that a pretty girl is out for him. 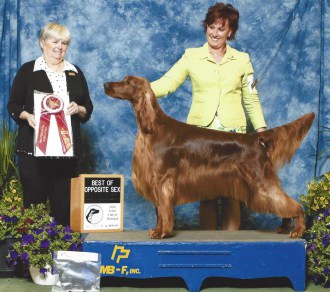 MJ finished his championship at 12 months of age from the bred by class with 4 majors.  MJ is OFA GOOD and PRA genetically clear by parentage. MJ has produced two litters to date and shows much promise as a stud dog.  MJ puts on a pretty front assembly and beautiful toplines like his father.   MJ is available for stud to approved bitches. 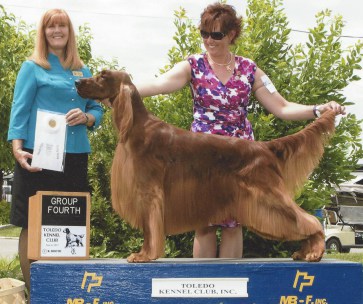 Sawyer is available at stud to approved bitched.  Sawyer is OFA good, elbows normal and thyroid normal.  From Sawyers first litter has produced multiple champions and many more waiting in the wings. 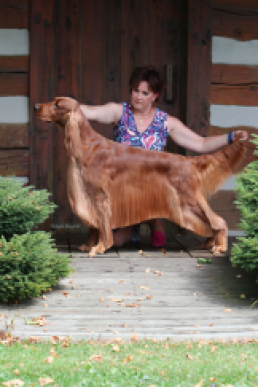 Joey is from Sawyer's first litter and has been shown selectively.  Joey has multiple Best in sweeps wins.  He loves to show like his father and finished from the bred by class with 3 majors at 3 specialties.  Big moving and stylish.  He has many group placements and winning his first group at 22 months old. Joey is Lunn's first all breed Best In Show winner.  We are so proud and humbled by this beautiful dog.