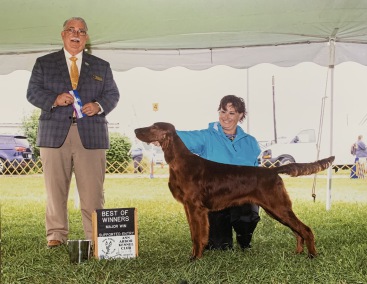 Madge finished her championship at just shy of 8 months.  Only being shown 4 weekends.  Madge won her 6-9 puppy class at the 2021 national under breeder judge Bob Robinson.  We look forward to lots of fun with this big personality girl. 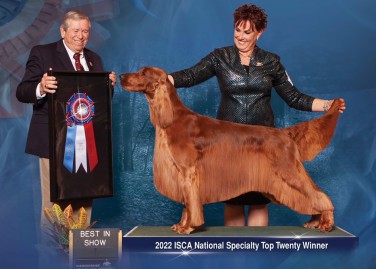 Joey is from Sawyer's first litter and has been shown selectively.  Joey has multiple Best in sweeps wins.  He loves to show like his father and finished from the bred by class with 3 majors at 3 specialties.  Big moving and stylish we look forward to him maturing and what he can do in the future.Joey is the first for Lunn's to receive an all breed Best In Show.  At only 2 1/2 yrs old he has his first litter on the ground and look forward to see how they mature. Chanel is pictured at 4 months and out of the late great Sebastion from New Zealand.  She looks very promising and we look forward to her growing up. 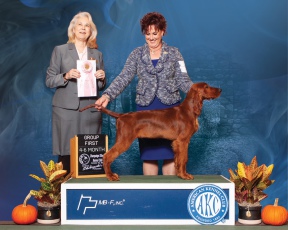 David is from the Sebastion x Rhyla litter and has been the pick male from 7 weeks on.  Love his balance and style along with his smooth movent.  He has a very promising future